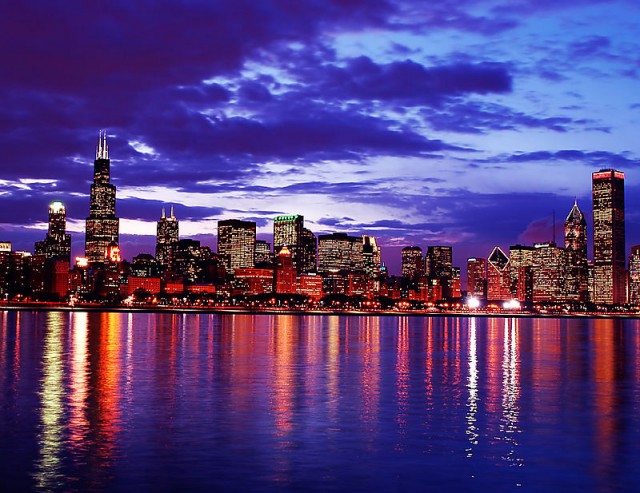 The following is a little tidbit shared a couple of weeks ago by the always awesome @heidithorn… this is a short excerpt from an article that was in the Chicago Tribune.. it took me this long to figure out what I really wanted to say after reading the article because, to be honest, I want to give him a fair shake and before today, I was not doing that, so I let this sit… I want the new CTB Chief to be an overwhelming success.

When Don Welsh takes the reins at the Chicago Convention & Tourism Bureau next month, his first priority will be sharpening its sales force to lock in critically needed new business.

“I think the first thing we have to do … is make sure we have the best and most productive sales people in the convention market,” Welsh said in an interview Tuesday.

In addition to pursuing big trade shows that have been the city’s bread and butter, the bureau will be looking to add more corporate gatherings, given the concentration of Fortune 500 companies in the Midwest, Welsh said. The bureau is courting the likes of Microsoft Corp. and McDonald’s Corp.

It sounds like Don is telling us that the CTB was not courting McDonald’s , Microsoft or other companies with a strong local presence before his arrival?? For God’s sake, McDonalds is headquartered here. Next he will tell me he just heard of a little company called Boeing and wouldn’t it be  groovy if they had a meeting in Chicago!

Making sure that the “sales force is the best and most productive”, I will not even address this statement except to say… No kidding.. Bravo, Whoo Whooo, stroke of genius.

I am sure that Don knows that these are ridiculous statements and very much like a loosing coach holding a press conference and saying “We should have scored more points”.  He is a smart guy, of that I am sure.

After reading this article and then digging a little deeper, I learned some other things that are giving us pause..

What I found is that Mr. Welsh is not even going to be living in Chicago for the first 18 months of his tenure. He will be commuting from Indy (he has kids in school is the reason given, fair enough, but there are kids and parents that move every day for jobs, my family moved my senior year).

Not being a part of the Chicago community and being in charge of Chicago tourism is not acceptable. It is OK for a couple of months, but 18 months? Come on…. We live here, we work here, so should you. You should not be commuting to and from Chicago from a far off land to be the head of tourism.

You really don’t care about the city if you don’t live here.  You don’t react to the evening news. You do not spend weekends in Grant Park or down at the Cell. You do not see the good or the bad in a “I live here” kind of way. You will be living in a hotel which I bet we are paying for and not living in a neighborhood or on the block. For 18 months you will be in charge of our tourism and yet an outsider because your brain will be back with your family. Home is where the heart is, not where you lay your head.

I think what is giving us concern is how much money we spent for what is obvious and to have a leader that will not live here. Crain’s Chicago Business reports that it is  $390,000 per year plus the chance to earn another 78k in bonus. This salary is 50% higher than Tim Roby who is leaving the position.

To be fair, I must and I will reserve judgement about Mr Welsh for the time being. I typically reserve judgement for a couple of months after someone takes the reins in a new gig, and pushing for more funding is a smart move but the clock has started ticking.

Mr Welsh may very well come into power and kick ass and take names, that is certainly my hope. He did great things in Indy and may well do great things here, but to win the hearts and minds of Chicago, he will need some quick success because we do not tolerate anything less, especially given these circumstances and the money involved.

Chicago does welcome newcomers and we adopt them as our own but only when they give us the same respect… you must also make Chicago yours and treat it like your own in return. If Mr Welsh does that, than he will have a long and healthy tenure here,  but Mr Welsh, please, spare us the whitewash and the obvious answers.

There are bigger reasons that Chicago is getting hammered as a meeting and event destination and it is not because the CTB Sales Force is not the “best and the most productive” or because we are not courting local companies, the reason is higher up the food chain and we hope that you address those issues.

Chicagoens, including those in the meetings and events industry are smart, do not forget that.