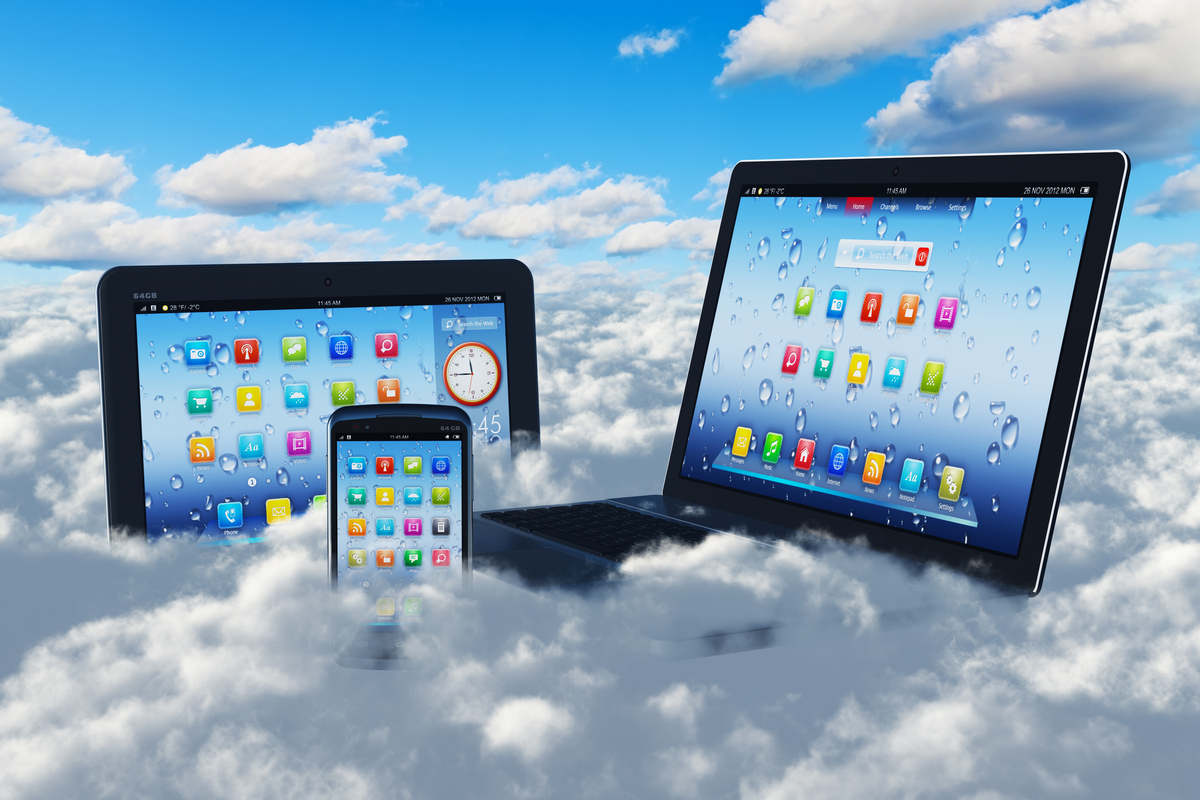 This post is for people that are already using Dropbox or those that are looking for a storage solution and want to learn about Dropbox Smart Sync for association teams and event planning. When we last were talking about Dropbox, it was for a nifty Chrome add-on that allows you to send massive files through Gmail. Now, they have even more cool tricks.

Last year, Dropbox introduced one of the best features they have deployed in years and it is called Smart Sync. Basically, it lets you view a folder normally but the contents of that folder are not on your computer, they are in the cloud. They are only local to your computer if you double click on them to view or edit. This may not sound like a big deal, but if you have a small hard drive or a ton of files in Dropbox, this can be a lifesaver.

Let me give you an example of how this nifty little feature saves my bacon on a daily basis.

I have my massive behemoth 17″ Lenovo Laptop with both a traditional 1 Terabyte hard drive and a smaller 256 Gigabyte SSD (Solid State Drive). This is my daily driver, the computer that I do most of my work on and holds all of my files and folders from Dropbox locally. At my desk, it is hooked to a bunch of stuff including an external keyboard, a huge monitor, and my favorite mouse. This T-Rex of a machine goes to all of our client events but other than that, I do not move this sucker because it is a massive pain in the butt and weighs like 8 or 9 pounds and no one, especially me, wants to lug this thing through an airport unless it is absolutely necessary. Enter, my travel computer.  A kick-ass little Acer Switch.

If you have never seen an Acer Switch, they run about $600.00 on Amazon. Here is a picture of mine next to Tyrannosaurus-Len. 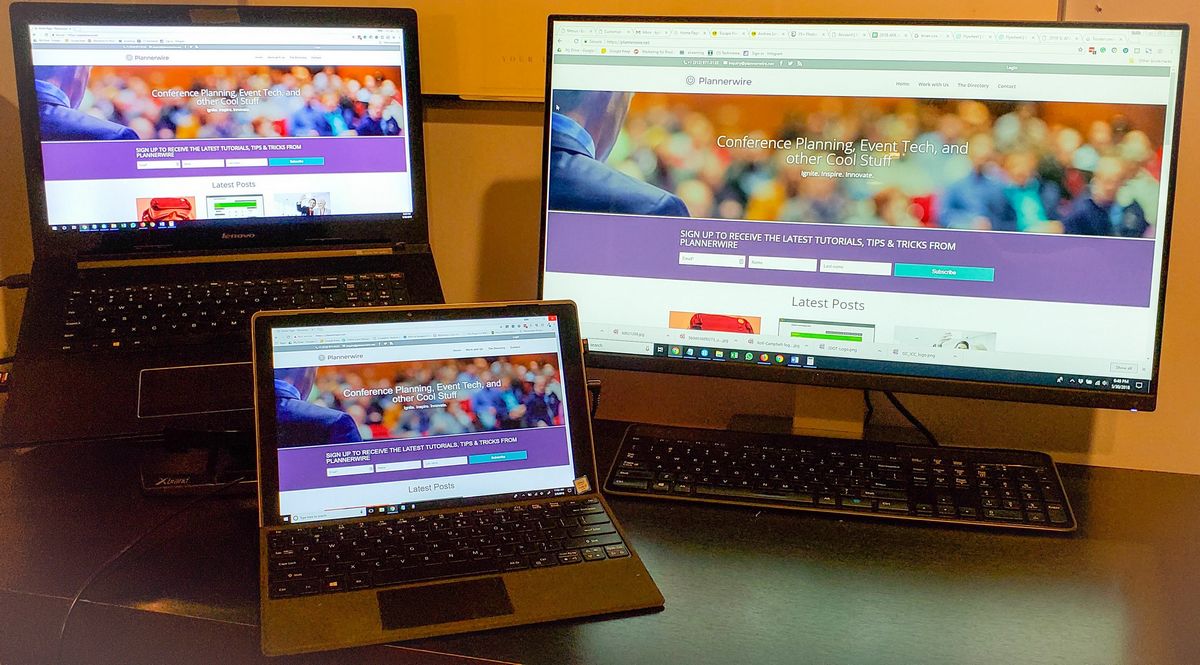 Small. Really small. It is like the Raptor of the computer world. Tiny but powerful. It can handle almost anything I throw at it, is liquid cooled (so no loud fan), has 8 Gigabytes of RAM, and boasts a 7-hour battery life. Although this thing is a dream machine, it is not something I want to use every day. Just look at that detachable keyboard. Who wants to bang on that thing doing attendee or member spreadsheets for hours on end. Yuck. And the screen. While good for a couple of travel days, it is itty bitty (although amazing for movies in the hotel room).

My Acer is also lacking a large drive. This poor little guy only has a single 256 Gigabyte SSD. Tiny by today’s standards. Up until Dropbox Smart Sync, I didn’t install Dropbox. I simply went to the Dropbox website whenever I needed a file. This is half-assed at best. Once I edited the file, I would have to re-upload it… Not an ideal solution and on more than one occasion I forgot to upload the file and it sat on the desktop while I boarded a flight to a client conference.

Dropbox Smart Sync makes it possible for me to download the Dropbox app and have my normal Dropbox folder on the little Acer as well as the Giant Lenovo. Once I downloaded Dropbox, I just told it to leave everything in the cloud and I download only what I need!

So, now I can travel and have all of the benefits of my Lenovo without the hassle of lugging it to the C Gates at O’Hare.

Get Smart Sync for Association Teams

Using Smart Sync for your team is a pretty simple process and works the same for individual files or folders. All you have to do is right-click on an item (file or folder) and choose your preference. There is nothing to activate or turn on. 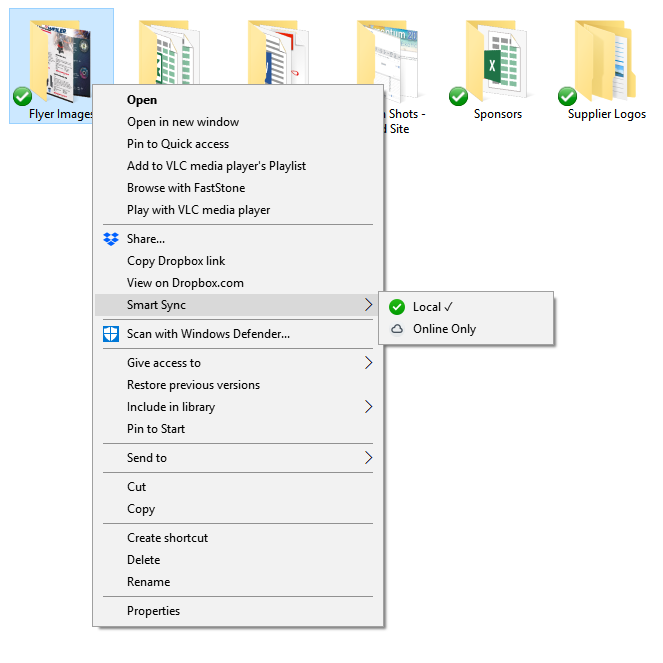 For admins, it pays to do a little set up before you deploy Smart Sync and let the team know. You can start off the game by specifying whether you want files to be local or in the cloud. This saves time and energy because you know that those massive folders won’t automatically start syncing to new machines.

To use this feature log into the admin console and choose settings from the left menu and then click on Smart Sync. Couldn’t be easier.

Dropbox is one of our favorite mass storage solutions although it can be a little pricey for some smaller associations. If you have the budget, it is well worth checking out. If you are already a Dropbox Business user, Smart Sync for association teams is one of the tools that makes it amazing!

As a final note, check out the video from Dropbox.