Event planners are always looking to the sky hoping that the weather will be perfect, it will not rain and that the skies will be sunny. I cannot tell you how many times I have had a pit of dread that the sky would not clear and the sun will not come out because no matter what they tell you, people always blame the event planner for God’s actions… rain, hail or hornets… the event planner should be able to make it change in an instant with a simple snap of the fingers.

But, we cannot change what is not in our control and an instant is all it takes for something to go horribly wrong. An allergic attendee is stung by a bee, a fall down the stairs or the weather can turn on a dime.

This weekend, at the Indiana State Fair, things did take a turn for the worse. A massive stage and rigging set up collapsed onto the crowd minutes before the group Sugarland was set take the stage. 5 people have been killed.

By all accounts (I have been watching the news), the planners were making the correct decisions and as the info comes in, it has become known that the show organizers WERE in touch with the National Weather Service and they WERE evacuating the crowd when the accident happened.

In fact, they had called the NWS four times for weather updates and the storm was still 20 minutes away when the tragedy happened. This should have been enough time to clear the concert area but there are some things that you cannot plan for and this event was struck by that ghost of terror.

Here is what Wikipedia says:

Straight-line winds are common with the gust front of a thunderstorm or originate with a downburst from a thunderstorm. These events can cause considerable damage, even in the absence of a tornado. The reason these storms are so dangerous is because of the consistent wind that does not let up. The winds can reach 80 m.p.h. or more and can last for periods of twenty minutes or longer. Such straight-line wind events are most common during the spring when instability is highest and weather fronts routinely cross the country. However, straight-line wind events in the form of “derechos” can take place in areas outside of the traditional tornado alley (such as in the northeastern United States/Great Lakes Region and across southern Canada).

As the investigation continues, I TRULY hope that this turns out to be a tragic accident and that there was no “fault”, I truly do because as an event professional, I can only imagine what the promoters, planners and staff are feeling right now. They must be heartbroken, they must be scared and their careers are most likely over because of the lawsuits and because they probably never want to look at an event ever again.

For all of us that were not involved, this should be a lesson and a warning…….

The next time you want to take a stupid risk, log in here and have a look at these pictures and ask yourself one question – What would you say to the families if something happened at your event? Would you say “I thought it was going to pass?”, “The client said do it?” or “None of the attendees seemed scared?”…

Do you think that would would make it all better? 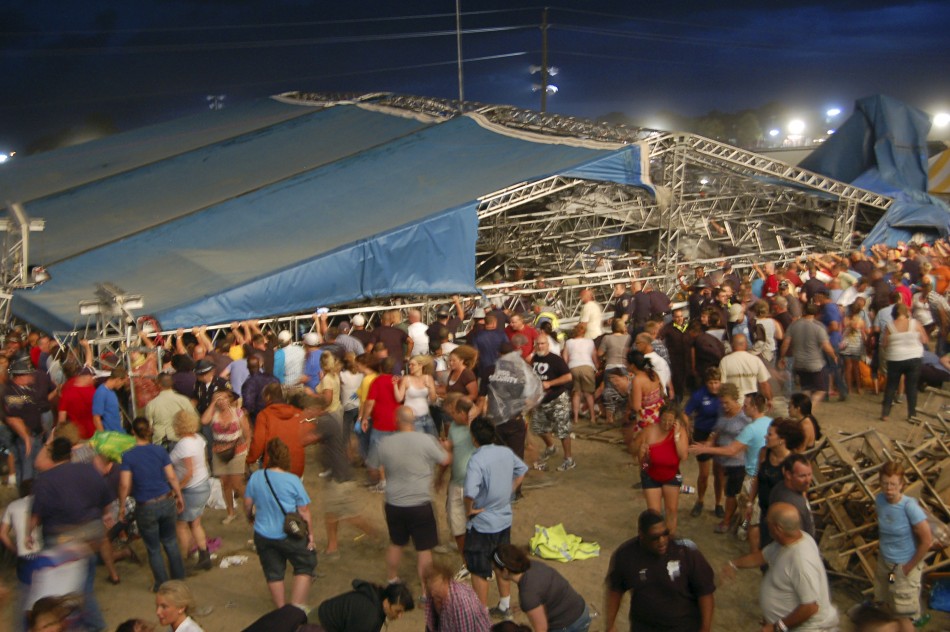