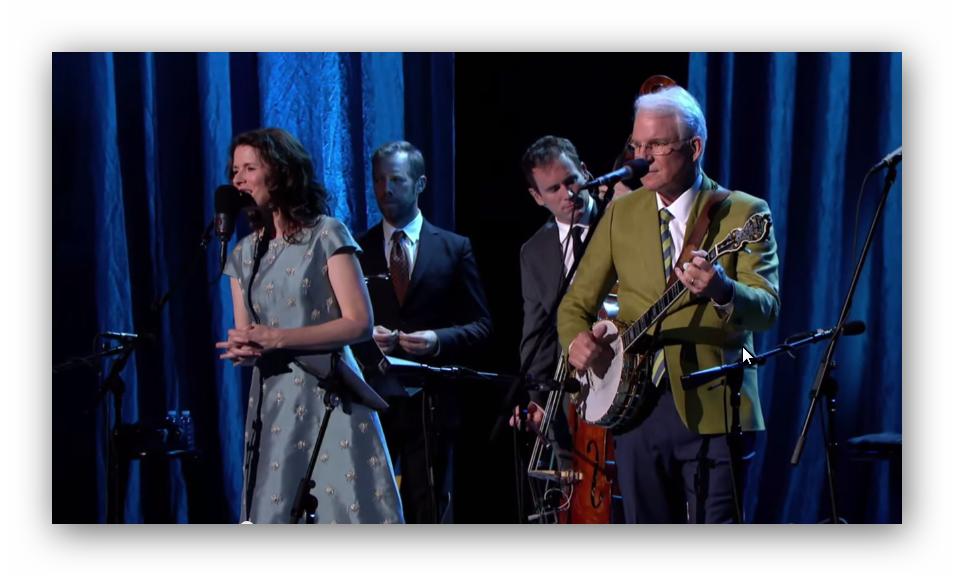 I have noticed that a whole lot of the music club selections have been dancy or rocky over the past couple of years and that might give the impression that we are just a bunch of sweatin, fist pumping meeting planning fools over hear at PlannerWire Headquarters and nothing could be further from the truth, we actually do listen to other stuff… really.

One of my favorite albums of the past couple of years that gets a lot of play when I am travelling is from the unlikely duo of Steve Martin and Edie Brickell.

Many don’t know that Steve is more than just a funny guy, he is a also one of the best banjo players in the world and has even won some Grammy’s to go with his Special Oscar. Fans of Edie may have thought that she fell off the face of the earth after her first smash album with the New Bohemians and marriage to the legendary Paul Simon but that would not be entirely accurate.. she has kept on producing solid work while not caring what anyone thought.

Steve Martin is now in the fifth decade of a varied and accomplished career as a comic, actor, musician, author and playwright. Recently honored by the Academy of Motion Picture Arts & Sciences with a Governor’s Award special Oscar, he is also a Grammy-winning, boundary-pushing bluegrass banjoist and songwriter.

Edie Brickell initially burst onto the national scene in the late 1980s fronting the New Bohemians, and has since carved out an iconoclastic solo career that’s solidified her reputation as a uniquely compelling singer and a songwriter of rare insight. Although these new musical partners have already built widely-respected individual bodies of work, their inaugural collaboration is a creative milestone.

Here is video from their amazing “Great Performances” show that aired earlier in 2014 on PBS.