You Want Meeting Planners to Pay What? Part I 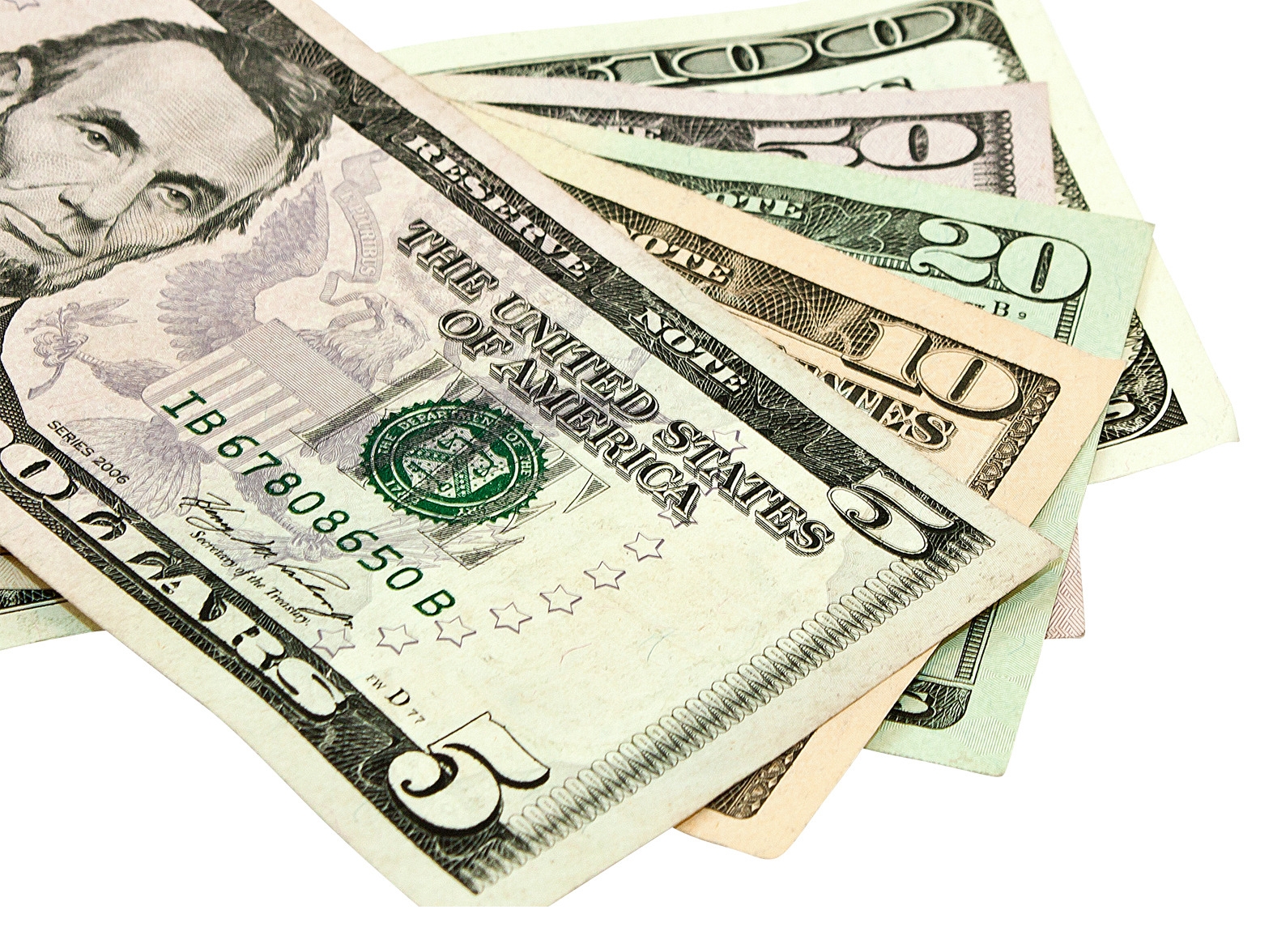 A first-time meeting planner and exhibitor recently arrived onsite at a major meetings industry trade show with company check in hand and instructions from her boss in mind: rent a few furniture items for the booth. No problem, right?

Upon speaking with show services providers, the exhibitor was floored to learn that she would have to pay $500+ for a simple pedestal and $200+ for a simple high boy table. No way! During the show, she couldn’t quite comprehend the $1,000+ charges for Internet service—especially since her laptop picked up a full wireless signal from the onsite Internet cafe the whole time, at no charge. Really? After the show, the exhibitor was flabbergasted to learn that her boss had received an invoice for almost $500 in additional labor charges… on top of the several hundred dollars’ worth of charges for services that had already been paid onsite. After all, no one in show services had mentioned those additional charges.

Some industry professionals might read this recount with outrage over the additional expenses associated with exhibiting. Others might view these charges as par for the course and might still be waiting for the punch line.

Here, in the first installment of a three-part series, PlannerWire heard from exhibitors and trade show professionals about how exhibiting expenses are impacting some companies today.

As most meeting planners who are involved in the trade show industry know, a great deal of effort has been expended within the last year to prove the value of business travel and events. In the wake of crises spurred by recent public and government outcry over excessive spending, it might not fall within popular industry opinion to point out that, for some companies, trade show exhibiting expenses still seem excessive. However, while recent studies have shown that many company leaders recognize the business value in the face-to-face connections made at trade shows, some still struggle to cover the costs of being there.

There are rarely two ways about it: exhibiting is expensive. Gripes over “extra” exhibiting costs are nothing new within the industry, but, in today’s economy, are they becoming the last straw for some companies?

“We’ve been hearing the horror stories from our clients regarding the ever-increasing cost-escalation practices by some of the show contractors,” says Jeff Meisner, president of Skyline DFW Exhibits & Graphics. “We just had one of our clients get charged an extra $2,800 by a show contractor for stacking and unstacking the freight that was sent to their advanced warehouse… The result of [these expenses] is that some clients are pulling out of shows or investing less on their exhibits due to the huge increases in these unjustifiable costs.”

“Right now, the worst is the outrageous fees [providers are] charging for the Internet,” says Harris Schanhaut, CME, who has been exhibiting for 25 years and notes that such fees often come in at more than a grand for a first line of service. “I think they are just taking advantage of the situation where so many demos are web-based, and they’re being greedy.”

Ed Meyer, president of Meyer Industries, says that for the last several years, his company has exhibited its pest control products at 60 to 75 shows each year. How many shows is Meyer Industries planning on this year? Two.

Meyer says his company’s cutbacks in upcoming trade show participation are a result of the many associated costs of exhibiting.

“There are so many expenses associated with trade shows outside of the costs of just the shows,” he says. “I think that it is important to be at the shows in front of your customers, but with the economy the way it is, we are doing what we have to do to keep money in the bank.”

Some costs, according to Denise Wolk, director of publications and senior program associate for a non-profit organization called Educators for Social Responsibility, just seem silly. The “extras” have had a definite impact on her organization’s decisions in regard to its show schedule.

“We usually exhibit at five conferences each year,” Wolk says. “We have had to cut back, and one of the deciding factors is how much we are charged by exhibit companies for ‘extra’ stuff. Getting charged $50 for a paper wastebasket is nuts. Having to ‘rent’ carpet for $200+ for a 10×10 booth is also nuts. Getting charged for boxes shipped in and out… the list goes on and on. We have cut back from five conferences to three, and we’re only going to the ones that include the basic furniture (one draped table, two chairs, and a wastebasket) in the fee.”

“Some of the extra costs that ‘gouge’ people are controlled by the local unions that control the loading docks at the event venue, the electrical hookups, the carpet laying, etc.,” says John Schulte, president and chairman of the National Mail Order Association, who has produced a number of shows over the years. “In most places, you are not even allowed to carry your own boxes to the booth. It’s a true racket, as far as I’m concerned.”

Investment vs. Expense: Is It Worth It?

“A trade show provides one of the best opportunities to get in front of a qualified market of decision-makers in the industry that best fits a product or service,” says Justin Markle, national sales manager for Global Spectrum Facility Management Company, which manages the Duke Energy Convention Center in Cincinnati, OH, among other facilities. “As far as marketing dollars are concerned, there is no better way to effectively sell a product or service to interested buyers.”

But what if a company can no longer afford to maintain its trade show participation because extra expenses keep racking up? For some companies, additional costs are beginning to have a toll on the ROI of exhibiting. As a result, some are turning their attention toward other marketing activities in lieu of the trade shows they used to do in years past.

For example, Meyer Industries is, in part, mitigating the risks of losing out on business from trade shows by funneling funds into other channels.

“We have decided to cut our trade shows down to our two biggest shows and invest more money into our website and print advertising,” Meyer says. “So far, this year, it looks like we have made the right decision. I was spending a lot of money on the trade shows, but I knew sales would be there to cover costs. It was a big gamble to not exhibit and put the money into our website, TV advertising, and print ads, not knowing if the sales would come in. My plan worked, and I am happy with the decision I made.”

“We have cut back on our trade show schedule for 2009-10 and are doing more direct marketing,” says John Taylor, co-owner of Lucky Bucky Clothing, which typically participates in five trade shows a year. “Some customers are cutting back on their trade show attendance as well, due to budgetary restraints.”

Recent attendance trends are also a concern for Wolk, who says, “The traffic in these conferences is declining because of fewer attendees… I’m paying more money for less exposure.”

For some companies, the question becomes, then: in today’s economy, is exhibiting still worth it, or are other marketing endeavors becoming more cost-effective?

“I found that I was tying up a considerable amount of cash paying for booth fees months in advance, paying a good commission to a salesman, and receiving a very marginal return on my investment,” Meyer says. “I felt like I was funding a big machine that, at the end of the year, left us at about the same place we had started, I didn’t see it as a very productive way to market our product with expectations of a profit.”

“As in all marketing, a company must weigh the costs to do a show against their other marketing endeavors and compare the ROI,” Schulte says. “There are other considerations you should consider before you even entertain exhibiting at a show in the first place. Many companies don’t need to, or they go about it wrong. Then it becomes a wasted expense.”

Up Next: Perspectives on exhibiting expenses and why they are so… well, expensive.

Keith is the Managing Partner of i3 Events but is most widely known as the outspoken publisher of the event industry blog PlannerWire. In addition to co-hosting the Bullet List and Event Tech Pull Up Podcasts, he has been featured in Plan Your Meetings, Associations Now, Convene, Event Solutions, and has appeared on the cover of Midwest Meetings Magazine.
PrevPreviousHotels and Twitter – Why Some Succeed with Meeting Planners and Others Fail
NextLas Vegas Continues Making Huge Mistakes Hurting the Meetings IndustryNext